In my previous post, “Are You Raising a Rebel?“, I mentioned that God commands children to honor and obey their parents, and He doesn’t require things that aren’t possible.  It IS possible to have kids that honor and obey you. However, many parents today are facing the heartache of kids who are disobedient, and rebellious. Each family situation is different, but there are some common factors to consider, that are VERY likely to lead our children/teens to rebellion. 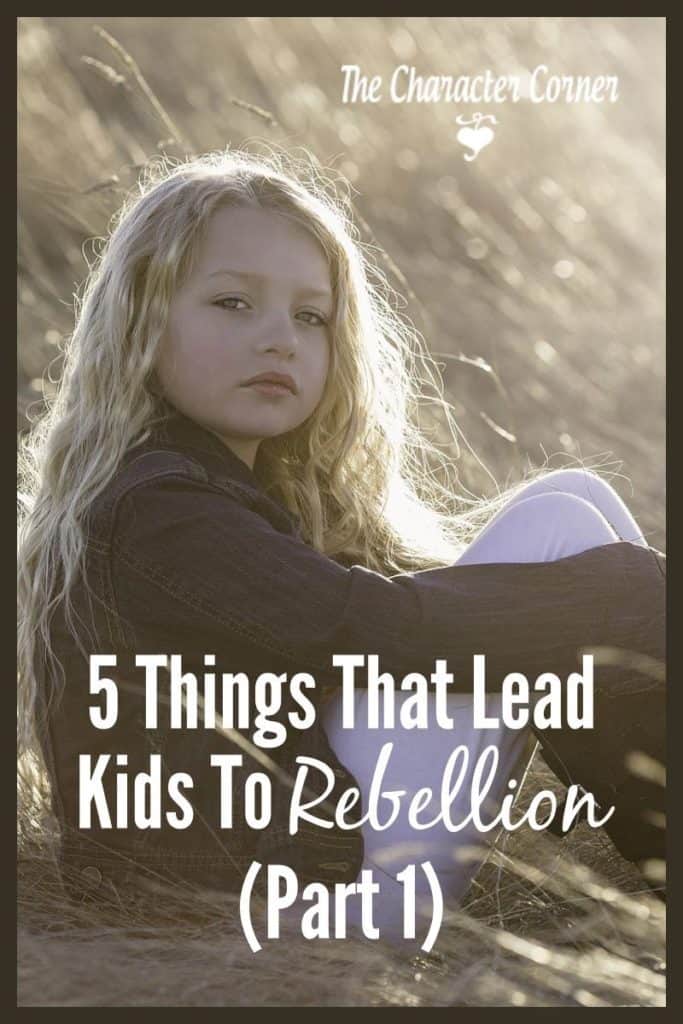 1. Our own resistance to authority

Sometimes without even realizing it, we show a defiance to authority, and our kids pick up on that. For example, moms, let’s say Dad has made a rule about something, and you don’t really agree with him on it. You think it’s kind of silly, and something that isn’t a big deal. One day when Dad is at work, the kids ask if they can do (fill in what Dad’s rule says no to). You hesitate, then tell them, “Yes, go ahead. Dad isn’t here right now, so it’s okay. Just don’t tell him about it.”

What are you teaching them about authority by that response? You are basically saying that you only need to submit to authority/rules when you AGREE with them. So when your teen doesn’t agree with a rule, they think it’s okay not to obey it, because of the example you have set.

Another example would be Dad complaining about his boss, and saying things like “I’m not going to do it the way he says to. That’s just plain dumb. I’m going to do it my own way!” This is undermining your own authority as a parent.

We must be VERY careful as parents to set a good example in the area of being respectful to our authorities, and obeying those who have the rule over us. This is something that God commands in the Bible, and it doesn’t include the clause “when you agree, or when you feel like it”!

If we are training our kids to be obedient to authority, and we don’t want them to become rebellious, it is essential that we EXAMPLE that for them in our daily lives!

Passive rebellion is a subtle way that kids  resist your authority. Rather than being outright defiant, they learn to be sneaky about not being willing to submit to your authority. For example, they may poke, whine, pout, argue, complain, sigh, roll eyes, etc. These all show signs of resentment to your authority. Passive rebellion is something you want and need to deal with consistently. In my post “Passive Rebellion:  It IS a Big Deal!“, I give 3 reasons why it’s VERY important to deal with passive rebellion whenever you recognize it in your children. The most important thing to realize is that children who “suddenly” rebel, didn’t get that way overnight. It is something that started in their heart when they were younger. We must always ask God to open our eyes to what is going on in the hearts of our children, and then address that heart issue.