This is a “guest post”, written by my oldest daughter, Joy. I am not sharing this in an effort to brag on myself, or bring glory to me. Instead, I share it to bring encouragement to all the moms out there who work so hard, but like me, might be tired. Don’t give up! Stick with your calling – there is none so noble. Most important, our job as mothers goes beyond the everyday mundane duties to those things that are of eternal value, as we raise our children to know & love God. 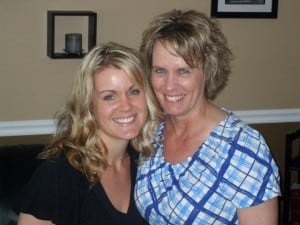 When I began thinking about Mothers’ Day, I tried to identify what we consider heroic and admirable in others. True visionaries are not only capable of seeing something beyond the norm but then have the dedication to see it through to completion. They are driven enough that when faced with obstacles they accomplish as much, if not more than those that have it easier.
My mom is a true visionary, and I look up to her as the embodiment of a strong woman who sees what she wants and goes after it. Despite getting her degree and having a successful career, my mother chose to change her career path after she married and began having children. Her all-encompassing passion was to be intimately involved in her children’s lives, to be integral in their education, and to raise them to be the best they could possibly be. This calling became her highest priority and life goal. Her strength and determination to follow and share her calling no matter how difficult things became is an inspiring example for anyone in following their dreams as well.
My mom gave birth to eight children. To me, that should be enough to inspire accolades for any woman! In number alone, this is an exceptional accomplishment, but when you add in the difficulties of each pregnancy compounded on tending and caring for the other children, I’m pretty sure that sainthood should be awarded.
I still remember when my dad pulled a mattress out into the living room when she was pregnant with her 4th. She was too sick to be up and about, but wanted to be in the same room as the older three while we played during the day. That’s dedication. Rearing children is a daunting task that takes constant energy, consistency, and patience—yet my mother managed to do so amidst her multiple pregnancies with grace and with love. Of course there were hard days—but those aren’t the memories that stand out—what stands out is the sense of love and security she provided for us day in and day out no matter what she was dealing with.
Not only did my mom give birth to eight children, she also homeschooled each of us. Taking on the education of your children is an enormous and burdensome commitment that will keep you constantly second-guessing yourself, and hoping that you’ve chosen the right path. It wasn’t as popular to homeschool back in the 80s, and my mom dealt with a great deal of criticism and doubt. But the negativity did not sway my mother from the duty she felt called to. Day in and day out she worked with each one of us on our separate subjects, carefully analyzing what approach was best from one child to the next, and managing to balance the role of mom and teacher with patience and love. She knew how to demand the best from her children as students, but more importantly, she knew how to step out of the teacher role and back into the motherly one when we were feeling overwhelmed and just needed some love. That is a difficult equilibrium to find, but she did so successfully time and time again.
Now, one might think that between pregnancy, child-rearing, and homeschooling, she would have no outside interests, or at the very least, no extra energy to pursue any hobbies outside of her family. But my mom felt so strongly about her calling to be a hands-on, home-educating mother, that she began sharing her vision with others and ended up creating a small, home-grown business. This endeavor was designed specifically to reach out to parents who shared similar values and goals, to encourage them through the rough times, and to share helpful advice from her own personal experience. For the past 15 years, my mom has been traveling to homeschooling conventions in the United States, speaking to large groups of homeschooling families, and selling merchandise that can help them in a multitude of different areas, from teaching their children character, to the best way to schedule their schooling subjects. So in addition to rearing and educating eight children for years, she has also been encouraging and helping other families in their quest to do the same. The fact that my mom loved speaking and pursued it speaks to her strength and ability to not allow her personal interests to become lost within caring for her family.
My mom’s first pregnancy was in 1980, and her last was 17 years later, in 1997. She began home educating in 1985, and is still schooling my youngest brother. She will not be finished until 2015–30 years after she first began. As for her role of mothering—that is something she will never be finished with.
My mother is tired, but she is not done. I know there are days that she probably wishes she could be finished, but she has never given up. I think it’s pretty obvious why my mom is my hero. Her embodiment of a strong woman and dedication to her career choice should be an inspiration to everyone who has a dream, a value, or a cause that they feel called to pursue.

What a great poem and reminder about the power of our example as parents! 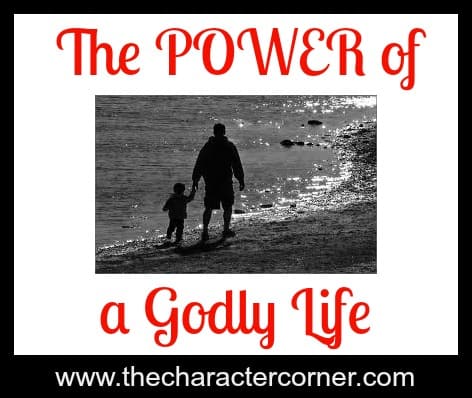 I’d rather see a sermon,
Than hear one any day;
I’d rather one would walk with me,
Than merely show the way.

The eye’s a better pupil,
And more willing than the ear;
Mankind’s always confusing,
But example’s always clear.

And the best of all the preachers
Are the ones who live their creed,
For to see good put in action
Is what everybody needs.

I’d soon be willing to do it,
If you’d let me see it done,
I can watch your hands in action,
But your tongue too fast may run.

And the lecture you deliver
May be very wise and true,
But I’d rather get my lesson
By observing what you do.

For I might misunderstand you,
And the high advice you give,
But there’s no misunderstanding
How you act, and how you live.

What is this thing between guys and girls? Do we call it Dating? Attraction? Interest? We all know it’s there, but no one really knows what to call it, and for some strange reason everyone is afraid to talk about it! So what do you call it?

You’ve probably said it. “We’re just friends!” Sometimes you mean it; sometimes you mean something a little stronger, but a bit harder to define. Whatever you call it, it’s time to understand a reasonable and biblical approach to guy/girl relationships. 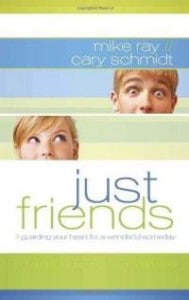 This book will help you protect your heart as you journey through the dangerous minefields of young emotions and early attractions. And it will help you understand the biblical principles that will ultimately lead you to a true love and a “wonderful someday.”