I can still clearly remember the circumstances from the day I quit fighting with my daughter, and decided to fight FOR her. As parents, we need to choose our battles wisely, and sometimes we need to just lay down our arms. 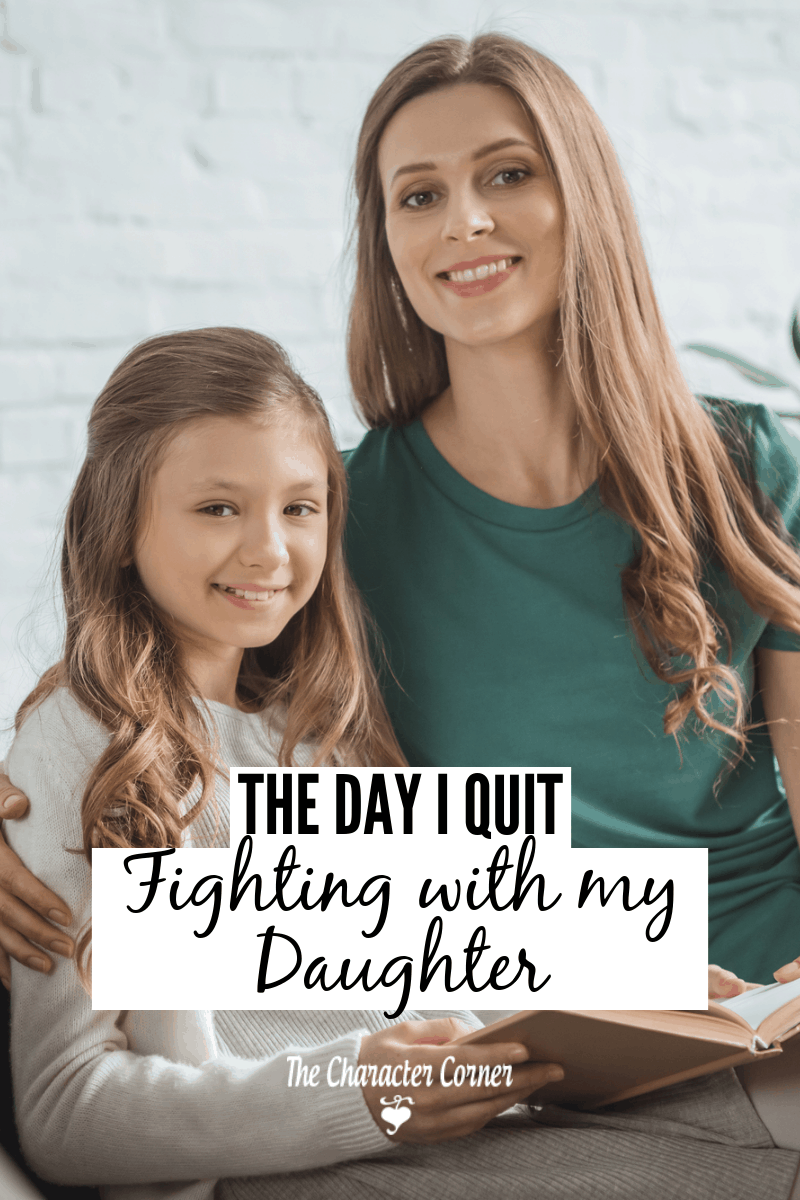 Let me back up some, because many things led up to this day.

My daughter had been making poor choices, and  my husband and I were very concerned.

Since she still lived at home, and we basically paid for everything for her, we felt we still had the right to lay down some ground rules for while she was living in our home.

However, she chose to go behind our back and defy those rules. She was sneaky, and if she wanted to do something, she would find a way. When we would find out she had done something against our rules, we would confront her about it.

As you can imagine, this was  a very stressful time for my husband and I. We could see where the path would take her if she kept going in the same direction.

I’m sure many times we didn’t handle situations right. We parented out of fear, or even anger —anger when she was disrespectful, or openly defiant; anger that stemmed from hurt. Understandable, but not helpful or right to act on.

It came to a head when once again she defied us about a very specific thing we had told her she could NOT do, for very good reasons. She sneakily went behind our backs again and did it despite what we had said. When we found and  confronted her, she got defensive and angry.

At that point, I told her that we loved her and wanted her at home with us, but if she wanted to do things her own way it  might be better if she just moved out.

It wasn’t a threat — it was more of a wake up call. If you want to keep on this way, we can’t let you stay at home with younger siblings watching. We aren’t going to fund things for you when you are purposefully choosing to go against our rules. You can choose which you want.

Keep in mind that she had no money, no car, no job.

My heart was aching and heavy.  All I wanted was to see her turn around and do right. I wanted to have a relationship with her that was built on trust.

Unknown to me, her heart was aching too.

She went to meet with her older sister for some comfort, and was crying and all upset that “Mom is threatening to kick me out of the house…..”

Her older sister has much wisdom, and was aware of what had been going on. I had told her what  happened, and she was already thinking that her sister was in the wrong, being disrespectful and defiant, etc.

However, after my older daughter listened to her sister, her eyes were open to what was behind much of this.

She came to me and said, “Mom, I was all prepared to take your side on this. I know how she has been,  but I think you need to give in on this issue.”

At this point my older daughter started crying, and said to me:

Mom, she is so broken. She is hurt inside from so many things, and she just wants to give up on everything.

Wow, wise words from my older daughter!  Very eye opening to me, to say the least. I was ready to do battle against my daughter. I was up in arms, and going after her not being aware of how wounded she was.

At that point I realized that SHE was not the enemy. The real enemy was the devil who was bringing division, and causing us both to be hurt as we fought each other.

I determined then to start fighting FOR my daughter.

I told the devil that she belonged to God, and he couldn’t have her. I prayed and claimed Scripture over her.

I asked her forgiveness and told her we needed to join together to fight him.

What a difference that made! Did it immediately fix things? No, of course not.

There was a lot of hurt and damage that had to be taken care of. But we began working through it together.

When conflict came up from her very reactive spirit, I would remind myself not to take it personally, but remember who the enemy was, and take it to God.

I did a lot of praying during those hard days, and prayed lots of Scripture over my daughter, claiming God’s promises to work in her heart. 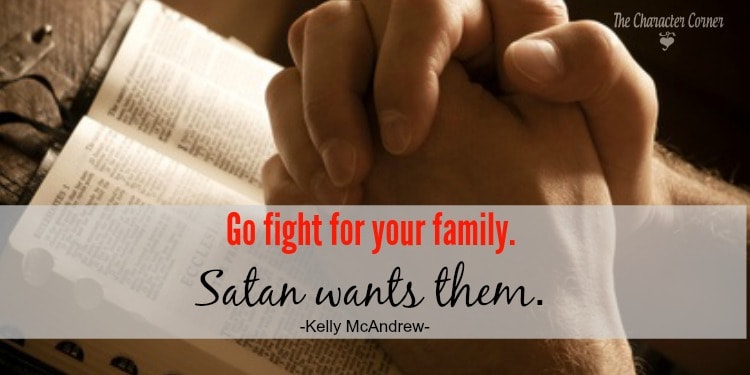 Healing was gradual, but I’m happy to say we now have a great relationship.  She calls me for advice, tells me how much she loves me, etc. She often says how thankful she is for how my husband & I taught and trained her, and always loved her.

Perhaps you are dealing with a situation fraught with conflict with one of your kids. I  encourage you not to take it personally, but to recognize it as a spiritual battle, and determine to start fighting FOR your kids against the enemy. Put on the armor of God and go to prayer for your child!