When our children were still pretty young, my husband and I were talking one day about their future. As we thought and talked about different things, the one thing we both decided was that we didn’t want our kids to get involved in today’s recreational dating game. The biggest reason we decided that was because we had both played the game, and we had regrets. We knew the danger and the hurt that it involved, and we wanted something better for our children. 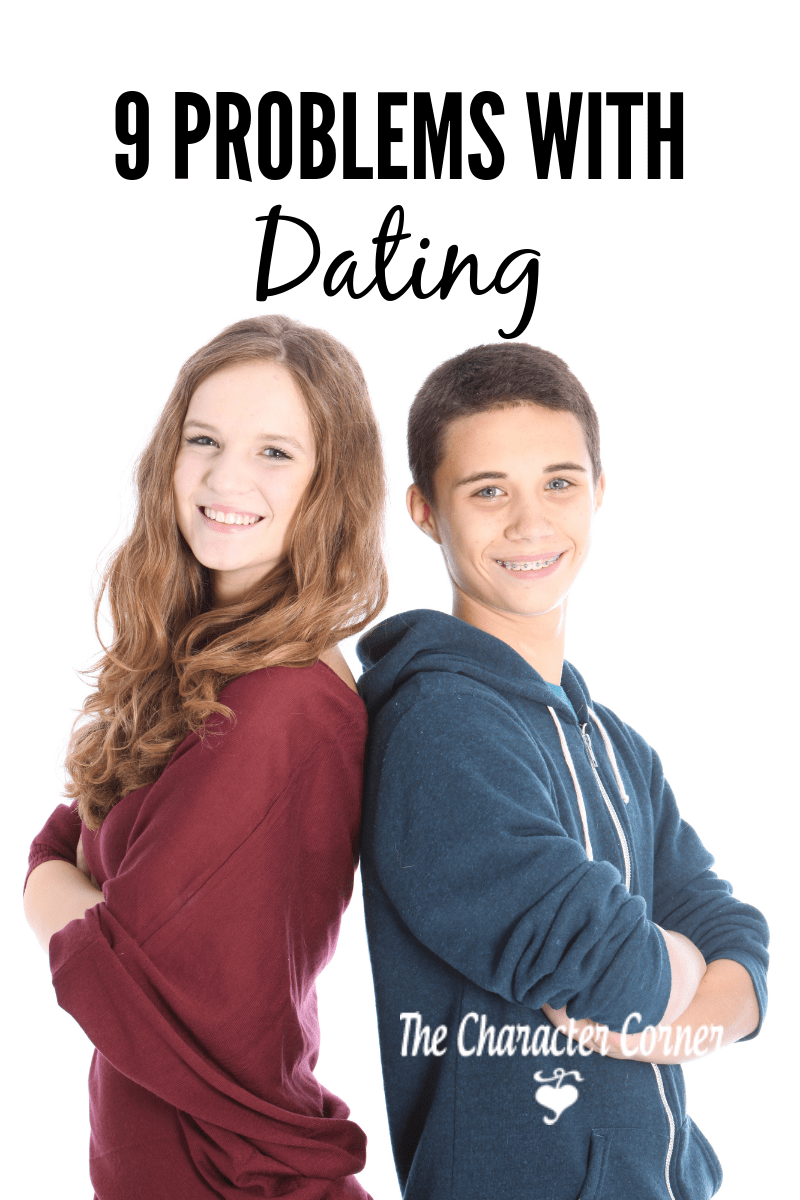 As we thought about the negatives of dating, these are some of the things that came to our minds. This isn’t an inclusive list, but rather a few that top the list. Let me preface this by saying that dating is not sinful. However, conventional dating can often LEAD to sin. Also, if you look at the increase in the divorce rate since the onset of modern dating, it’s obvious to see that it’s a flawed system.

1. There is usually a lack of parental involvement.
Usually when young people start dating, they don’t want their parents involved. They aren’t open to their input, or their counsel. The Bible says that in the multitude of counselors, there is safety.

Next to our kids’ salvation, the most important decision they will make in their life, is who they marry. Therefore, it only makes sense that they should have lots of Godly counsel and guidance in this area, rather than trying to navigate it on their own.

2. The goal of dating is often a selfish one.
It’s usually about how that person makes you feel about yourself, and the focus is on the joy of the moment. Dating is often based on a self-seeking , pleasure-seeking attitude that is unwilling to wait for the emotional and physical gratification of marriage.

The emotional attraction that young people call love, is based on how the other person gratifies them, or meets their needs. This fosters a self-oriented love that is based on feelings.

3. Dating creates an unrealistic environment for determining the other person’s character.
When couples go out on dates, they are on their best behavior. A more realistic way of determining their character is when you see them in different situations – under stress, interacting with their family, involved in a ministry at church, etc. You really don’t get to know the “real” person when you see them only in ideal, romantic settings.

4. Dating often keeps young people’s focus off of the Lord.
Most teens today are consumed with relationships. Many spend their teens years in a flurry of one relationship after another. They talk about the person, they think about him/her all the time, and they are distracted from their walk with the Lord.

Think of the story of King Solomon in I Kings 11. God warned him not to go into a particular nation of women, because they would turn his heart toward their gods. The Bible goes on to say that Solomon clung to them in love, and they turned his heart away after other gods and his heart was not perfect with the Lord his God.

Solomon was the wisest man that ever lived, but he couldn’t handle the distraction of relationships.

5. Dating often has an impact on future marital happiness and stability.
There can be comparisons of your spouse with former boyfriends/girlfriends, which leads to dissatisfaction. Also, the pattern of successive relationships can undermine the ability to make an exclusive, life-long commitment. Basically, the Bible principle that you reap what you sow, comes into the picture here.

The way unmarried people find their spouse and the seeds they plant towards marriage, will affect the quality of the marriage. Is it really possible to be emotionally involved in a relationship, then drop all forms of commitment and responsibility and walk away unharmed? That’s what the dating game really says: allow the physical and the convenient, but forget about the commitment. If seeds of commitment are planted before marriage, often a lack of commitment then shows itself in marriage.

6. Dating has no destination.
Most dating couples have no definite guidelines of where to stop physically, or how committed to be emotionally. Since most teens aren’t in a position to marry, the relationship has no where to go. It’s like they get into a car at the top of a hill. As the relationship progresses, and they get closer emotionally, it also leads to physical intimacy, because those two go hand in hand.

Suddenly they realize things are getting out of control, and the vehicle is moving too quickly. However, when they try to stop the car they realize it has no brakes. That’s because God designed the car to be entered at marriage, when the brakes aren’t needed.

7. Dating often brings emotional hurt.
The emotional hurt from a broken relationship can be very strong and real. I’ve been on the receiving end of it, and I still remember the tears and pain. Not all young people can handle that hurt as well as others. The teen suicide rate today is much higher than it has ever been, and I believe much of that is because of broken relationships.

Young people find their sense of worth in a relationship, and when that relationship ends, they feel life is no longer worth living.

Two people that I knew ended their lives because of a broken relationship. One was a teen, and the other was a young adult. The pain and hurt was real, and more than they felt they could bear.

8. In most dating situations, the heart is given to someone who you probably won’t marry.
Dating today tends to focus on the emotional and physical intimacy that results in giving your heart to that person. If/when the relationship ends, there is a tearing away that leaves scars.

I know of a girl I went to church with as a teen, who was in a relationship all through her high school years. The young man ended the relationship with her when he graduated and went away to Bible college. She was left devastated, and heart broken. She ended up marrying someone who looked like him, and reminded her of him. She found herself still emotionally attached to that young man long after the relationship ended, and even after she was married.

9. Dating often leads to a loss of physical purity.
The Bible tells us to flee youthful lusts, but dating actually promotes them. We teach our kids to stay pure physically, but then at a certain age we allow them to date – often going out alone at night, unchaperoned. We tell them to have a good time, but remind them: “Don’t cross this line.”

It’s like putting candy in front of a child, and saying not to eat it, because it will cause cavities. The child may not want to go to the dentist, but they can’t resist that temptation. With dating, we are putting our young people in a very difficult situation and setting them up for failure.

“The church today encourages its most vulnerable members to pursue relationships that greatly foster sexual lust. Why do we do that? It would seem that we should DISCOURAGE sin – not PROMOTE it.” (From “Dating: Is It Worth the Risk?“)

I realize that not all dating is the same, and may not have all the risks I mentioned. The recreational dating of today does, and is much different than dating when I was in college. I am not saying that it is a SIN to date — I’m just pointing out some of the common problems I’ve seen with it.

I would encourage you to think through the problems that conventional dating can bring, and pray asking God to give you wisdom and a plan for you to use with your young people when the time comes!