One of your top priorities as a parent should be to help your kids grow in Godly character. Our main purpose for homeschooling our kids has always been to influence them and shape their values, while training them in character. 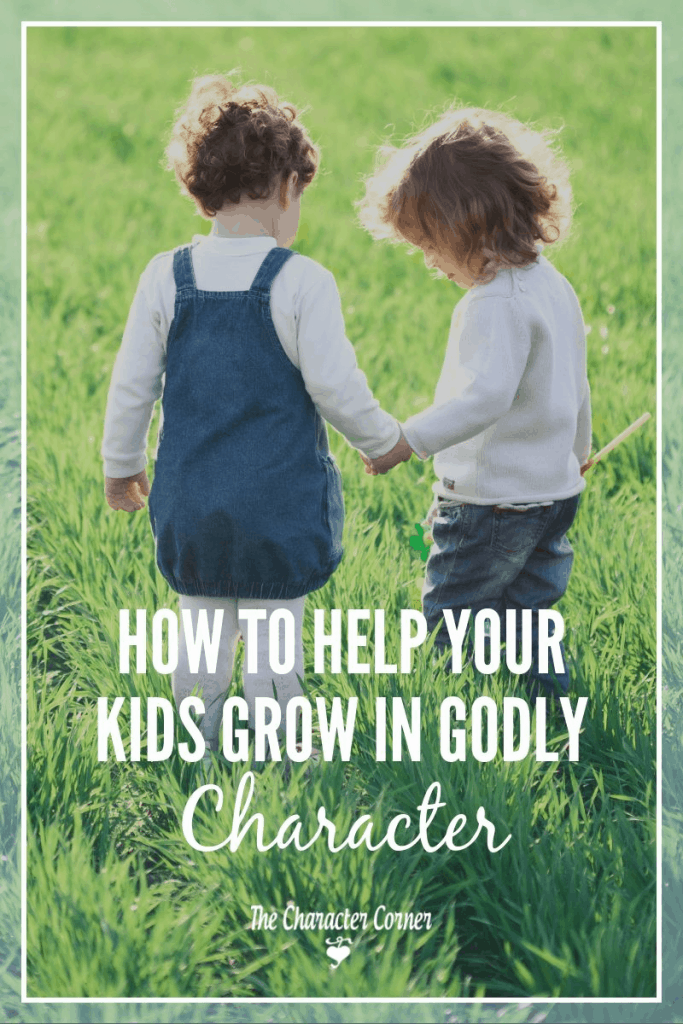 Character training prepares our kids to do better academically, and is the most important fruit we can nurture in their lives. If our kids were taught nothing but character, they would be better prepared for life than those who are taught pure academics, but no character. 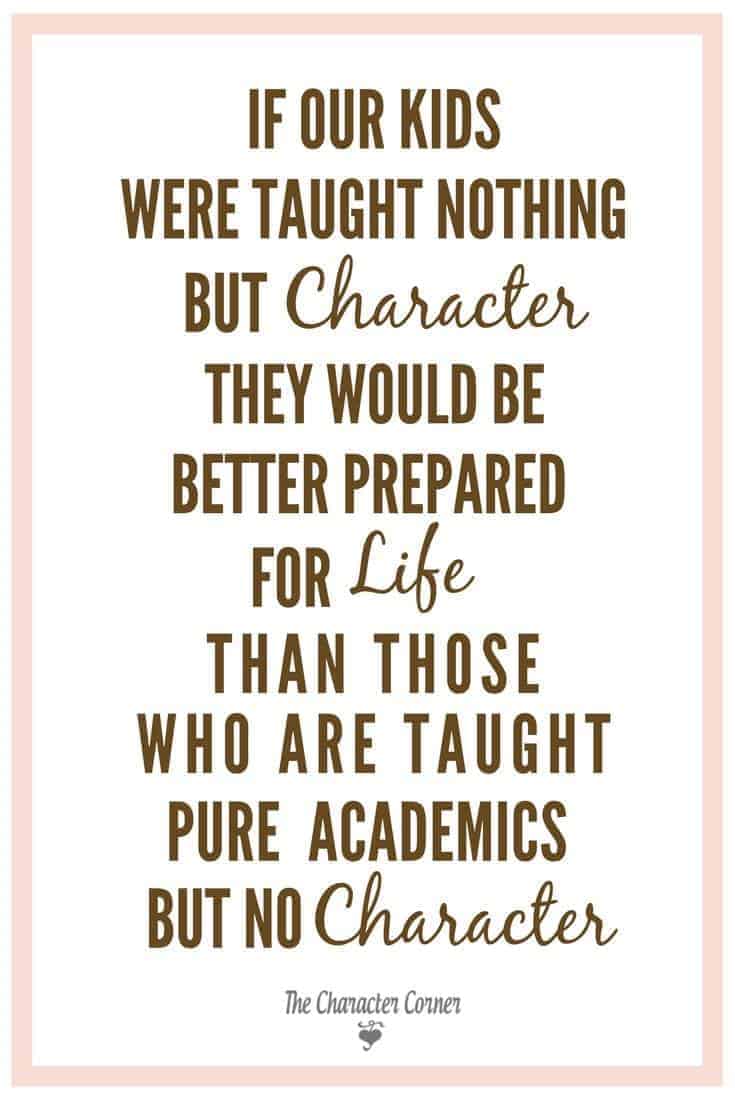 While academics ARE important, we need to be careful that we don’t let academics distract us from what really matters!

As homeschooling parents our kids are with us every day all day, which gives us the opportunity to notice their character flaws, and spend time helping them to develop and grow in those areas where they struggle. However, we need to be proactive and have a plan in place for character training.

Don’t just assume your kids will develop good character because you homeschool them, or because they go to Sunday School every week, etc.

Since it is OUR job as parents to teach and train them in Godly character,  we need to have a plan for how we are going to do that.

Here are some ways to help your kids grow in Godly character:

Our kids are always watching what we do, and how we respond. We have to set an example for them of Godly character, before we can expect them to develop it.

No matter what we say or teach, our kids are going to do what we DO.

When your children are disobedient or unkind, it’s an opportunity to train them in Godly character. Take them to God’s Word and show them what He says about that behavior, and what pleases Him.

This is a great way not only to help them develop Godly character, but it also gets God’s Word into their heart and mind.

Even though you believe it is important to focus on character training, if you don’t make it a priority early in the day, it is likely to get pushed aside.

By scheduling it at the beginning of the day, you make sure it gets done.

4. Focus specifically on one trait at a time through daily character lessons.

Not sure which character trait to start with?

Think about what is frustrating you the most in your kids’ behavior. That usually can be tied to a character flaw, so start with that trait.

How to focus on and teach a character trait:

(For an example, I will give ideas for teaching self-control)

1. Teach the meaning or definition of the trait.

Self-control is doing what is right even when I don’t feel like it.

Self-control includes:  controlling your anger, not speaking words that are hurtful, getting up on time, doing what you are supposed to right away. It means you will control your tongue and your actions, and do what is right even when you don’t feel like it.

2. Teach and memorize a Bible verse that relates to the trait.  Proverbs 25:28

Explain that when we lose self-control, we are like a city with broken down walls. In Bible times they put walls around their cities to protect themselves from their enemies. Those walls made the city like a fort. The walls were to keep the danger out.

When we lose self-control we are like a city whose walls are broken down.  When we have no self-control  it is much easier for the devil to tempt us to sin, and we have no protection from that temptation.

3. Teach with hands on activities or games.

Get Nerf dart guns or rolled up socks to use for attacking. Divide the kids into teams, and let both teams make a fort to protect themselves. (couch cushions, chairs covered with blankets, big boxes, etc.)  Let them have a “battle” from the safety of their fort. Then have the two teams or opponents have another battle, but with no fort or protection.

Afterwards talk about how they felt with no protection, and how much harder it was to keep safe from attack with no walls.

Let the kids take turns showing the wrong reaction (no self-control) and then the right one (self-control, good attitude) for each of these situations:

5. Give positive feedback and encouragement.

When you see one of the kids showing self-control, praise them and let them know how pleased you are. That encourages them (and the other kids) to try to show self-control.

Using a chart and giving them check marks or stickers each time they show good character is a great way to keep you looking for the opportunity to give positive feedback. (rather than noticing the negative behavior more often than not)

In summary, to help your kids grow in character:

Remember, character training is one of the most important things you can do for your kids!