One one the most important things you can do as a parent is teach your children to pray! This is something you can start doing from the time that they are young.

There’s nothing more precious than hearing little ones pray, and seeing their simple faith. 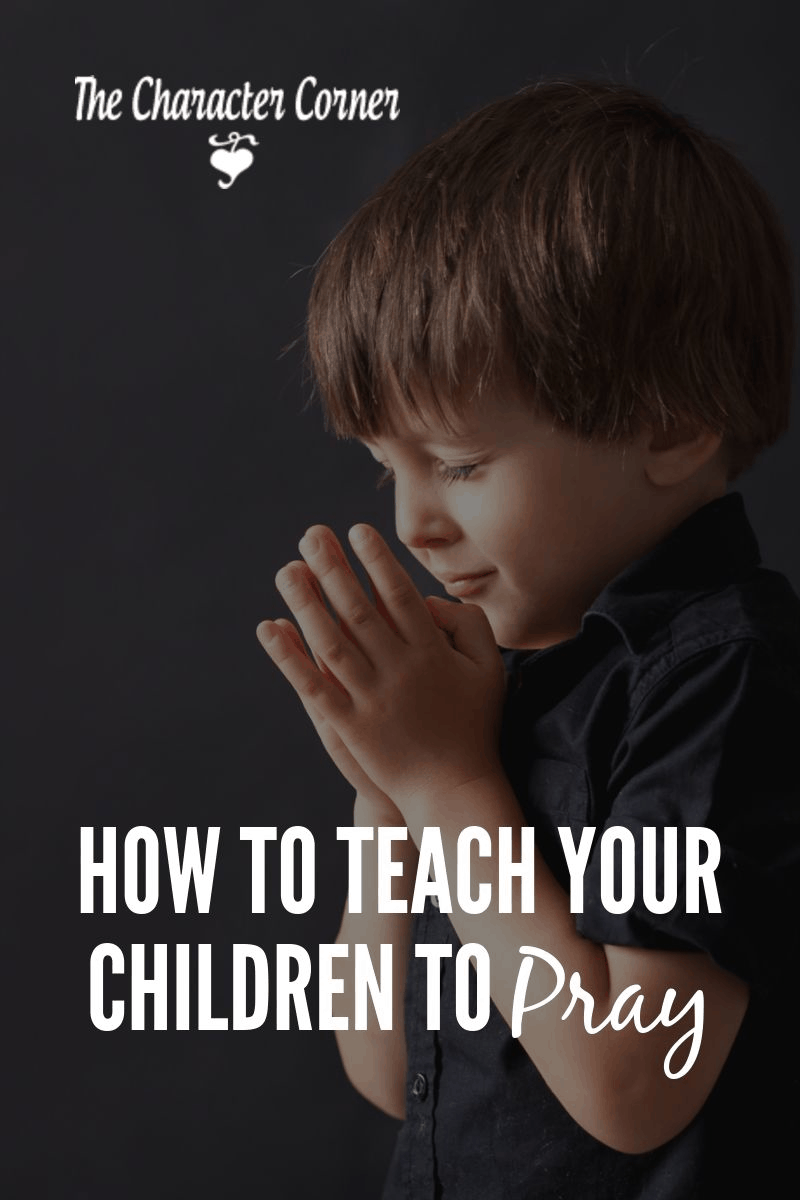 My son Mike, wrote the following post recently about teaching kids to pray, and gives some very practical tips on how to teach your children to pray.

It will encourage your heart to read about his kids’ faith and excitement about answered prayer, as well as the simple things you can to to help your kids learn to pray.

(Mike & his wife are missionaries to the Philippines, but are in the states to raise more support. This involves traveling to churches, and presenting his ministry.)

A couple of months ago, I was really struggling to schedule meetings. I had a huge hole in my 2017 calendar with no meetings whatsoever. One night in devotions, I told my family that we were going to band together and ask God to give us some badly-needed meetings. At the end of devotions, we all took turns praying.

The following morning, I began making phone calls. Within the first few minutes of phoning, I was able to schedule a meeting in the exact place and time that I needed it. It was such an obvious answer to prayer.

After I finished speaking to the pastor, I ran out to the living room where the kids were playing. I said, “Guess what? God just gave us a meeting!” Michael and Beth were so excited, but probably not nearly as much as I was! 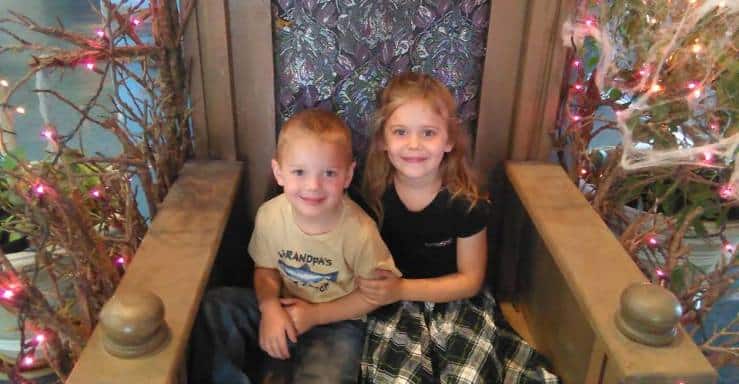 I told Beth and Michael that I thought we should pray and thank God for answering our prayer, and they both quickly agreed. I told Michael that he could go first. I didn’t tell him what to say; I just bowed my head (with my eyes open just a little) and waited for him to start.

Michael, who is four years old, jumped right in. He didn’t even say “Dear Jesus,” or anything of the sort. With his little fists clenched and his eyes tightly shut, he said,

“WE SO ESITED! WE GOT A MEETING! PLEASE GIVE US MORE MEETINGS… AMEN.”

The following morning, we packed up and loaded the van. However, when we all got in the van, it decided that it didn’t want to start. The battery was stone dead!

We all piled back out of the van, and I told Beth and Michael that we needed to pray and ask God to help us get our van fixed.

We knelt down in the living room, and Michael went first once again. Once again, he refrained from any kind of opening statement, and jumped right into his prayer.

He said, “UM… WE NOT ESITED. OUR VAN IS BROKE. GOD, PLEEEASE HELP OUR VAN TO GET FIXED, AND PLEEEASE HELP US TO GET MORE MEETINGS. AMEN!”

Then it was Beth’s turn, she bowed her head, and with pathos that I could never describe in writing.

She began, “DEAR GOD, PLEEEESE HELP US TO GET OUR VAN FIXED. PLEASE SEND SOMEONE TO HELP US FIX OUR VAN… BECAUSE… WE DON’T KNOW WHAT TO DO, AND WE JUST REALLY NEED YOU, GOD. AMEN.”

An hour or two later the pastor of the church that we were with the previous evening sent a couple of men out to the house where we were staying. When they pulled into the driveway,

Beth was ecstatic! She looked out the window and said, “Daddy! Daddy! This is what I prayed… that God would send someone to help us with our van. God answered MY prayer!”

One of the challenges that every Christian parent faces is trying to teach our children to pray and how to pray. It’s kind of a strange thing; I want to help my children learn to pray, but I don’t want to tell them what to say, word for word.

It is very easy for children to fall into a habit of always saying the exact same thing from rote memory. While I’m certainly not against that, it really isn’t what I want to teach my children.

I WANT MY CHILDREN TO LEARN THAT THEY CAN TALK TO GOD JUST LIKE ANY OTHER PERSON. I don’t want them to simply quote a “prayer” from memory. I want them to talk to God, and I want them to learn that God answers prayer.

I was initially planning on this post simply being a couple cute stories about Michael and Beth as they have begun learning to pray, but as I began writing, I thought that some practical thoughts might be helpful to some other young parents who may happen to read this.

Though Ruth and I are far from experts, and I have to admit that I haven’t been nearly as consistent in praying with my children as I should be, I feel that God has taught me some things that could be helpful to you as you seek to teach your own children to pray.

1. If you want your children to learn to pray, you must teach and train them.

Proverbs 22:6 says, “Train up a child in the way he should go…” If your children ever learn to pray, it will not be an accident. It will happen because you as their parent go out of your way to train them.

Training must be done on purpose! No child has ever learned to read by accident. Somebody had to teach him how to read. It was on purpose.

If our children are going to learn to pray, it will not happen by accident. Somebody has to teach them, and we, as the parents, should be that “somebody.”

2. If you want your children to learn to pray, you as the parent must have a regular walk with God yourself.

Whether we like it or not, our children will learn far more from what we do than what we say. We will never succeed in teaching our children to do something that we do not practice personally.

The old saying, “Do as I say, not as I do” simply does not work in parenting. You will never teach your children to pray if you are not walking with God yourself.

3. If you want your children to learn to pray, they should know that you walk with God REGULARLY.

It’s not enough for you to walk with God; your children need to know that you walk with God. It should be common knowledge in your home that mom and dad regularly spend time talking to God.

Personally, I like to walk when I pray, and at 6 and 4 years old, my children have picked up on this. A few weeks ago, on a chilly morning, as I was returning from my “walk,” my son Michael looked at me knowingly and said, “I know where you’ve been.”

Then pointing his finger in the air, he said emphatically, “You’ve been talking to God!”

He had no idea what a blessing that was to me! My children are absolutely convinced that their daddy knows God, and that encourages me immensely.

Several months ago, I thought Beth had done something wrong. I’ve forgotten now what it was, but Beth was adamant that she hadn’t done it. I looked at her and said, “You’ve lied to me before. How can I believe you now?”

With tears in her eyes, she said, “Ask God! He’ll tell you I’m not lying!” It was all I could do to not burst out laughing, but at the same time, I was encouraged.

I am by no means a perfect dad, but I want my children to know that their dad walks with God.

4. If you want your children to learn to pray, they need to practice.

When my children were very young, I would lead them in a sentence by sentence prayer, but as they’ve gotten older, I’ve begun allowing them to form their own prayers.

Like I said earlier, I don’t want my children to simply quote a prayer from memory. I want them to talk to God like He’s a real person… Because He is a real person.

Over the last couple of months, I’ve been encouraged by the fact that my children seem to be becoming more comfortable with talking to God. Ruth and I have done a couple of things that I think have helped with that.

I’d like to close this lengthy post with this simple thought: we teach our children to brush their teeth and make their beds. We teach them how to read and write. We teach them proper manners and respect, but are we teaching our children how to pray?